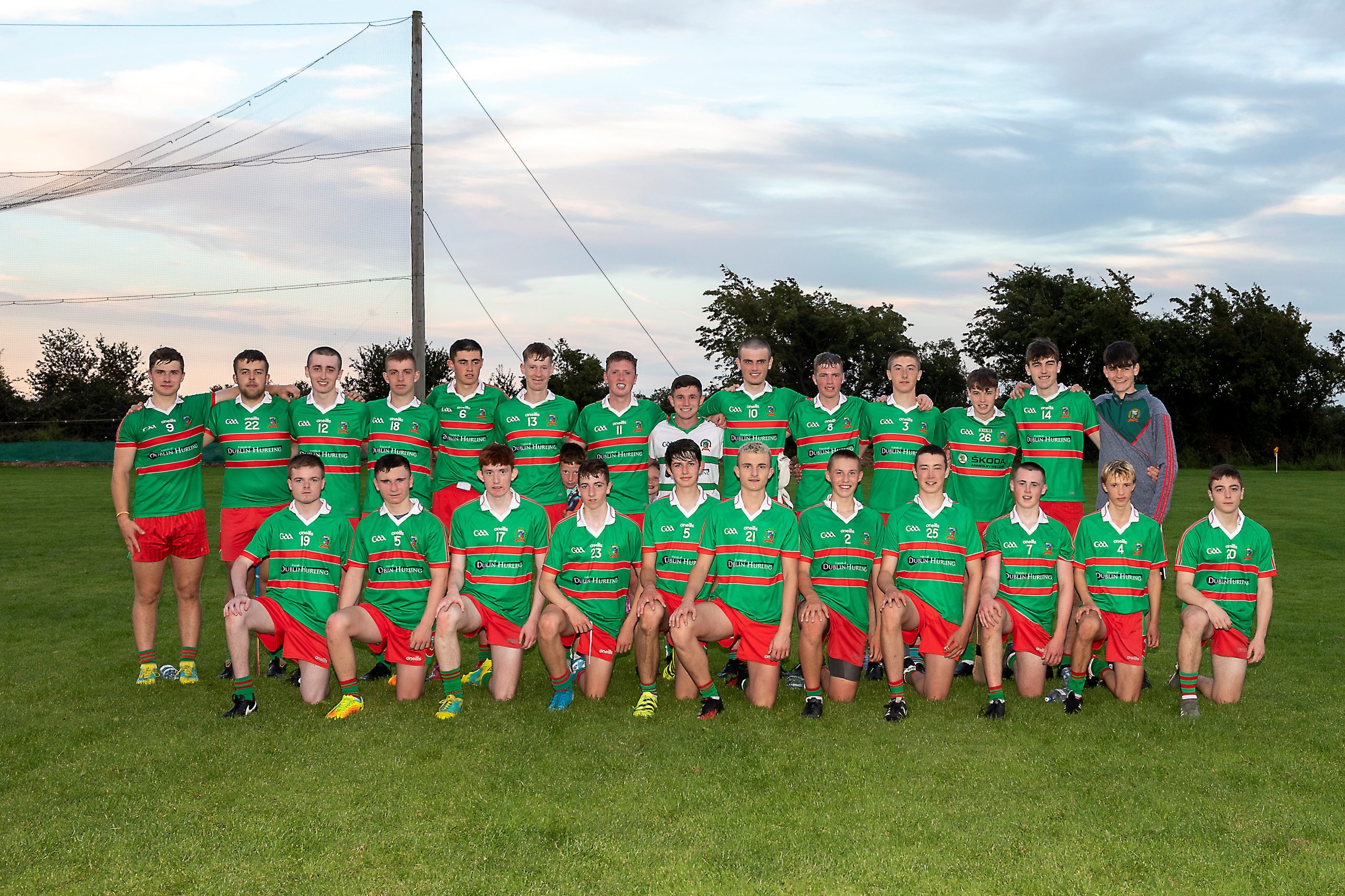 We have secured sponsorship from Annesley Williams with gear due in the next few weeks.

The team is a merger of 2002 & 2003 boys, the elder lads have been solid coming through juvenile as runners up in U16 B hurling championship & Feile Div 3 winners in Football.

The 2003 group have competed in Div 1 & 2 hurling throughout the juvenile ranks while making the U16 B championship final last year in football & also B Feile final losing out to Clontarf so we have a great panel of lads to choose from.

The season like everyone’s has been seriously impacted by Covid where we had very positive starts to both football & hurling campaigns in Div 2 at both codes.

The return since Covid has seen us compete in B football championship where we competed but lost out in the groups with a solid start to the cup competition, we are mid stage in the group here & expect to progress.

Hurling is going exceptionally well in the A championship where we topped our group and this weekend we take on Castleknock at home in the 1/4 finals, a first for the club & a great achievement so far.

Great credit has to go to the lads for this but also to the commitment of Martin Tuite & co for their time and energy provided to the lads.

previous
U8 Girls
next
Junior A Football
Pay Now